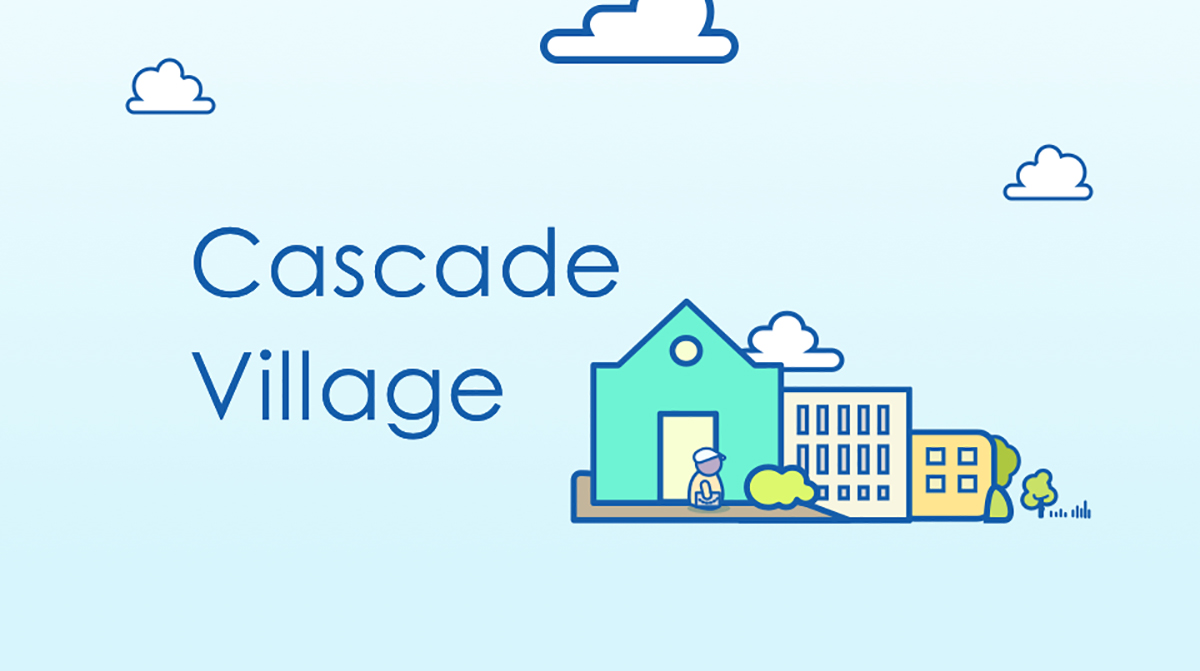 Historically, development in the area of 28th Street and the Cascade Road intersection has been considered to be the heart or “downtown” of the Township and is commonly referred to as “Cascade Village”. In contrast to the other commercial districts, development in this area is generally of smaller scale and contains fewer national franchises. Over the years, as the Township’s population grew, and traffic volumes along 28th Street and Cascade Road increased, the roads were consequently widened to accommodate increased traffic congestion. Development built in the 1980’s through the2000’s resulted in more suburban style qualities compared to the more mature existing development of the Township.

Over the years, the Township has prepared several plans and policies for this area to reinforce its authenticity as a village, such as:

This Plan envisions a series of recommendations to install a more village-like environment. As illustrated on the Village Plan, some changes are intended to implement slower traffic speeds and ensure the area is safer and more accessible for pedestrians and bicyclists. Other recommendations include concepts for new, mixed-use, compact development with internal streets and well-designed parking.

Below are proposed recommendations for the following: 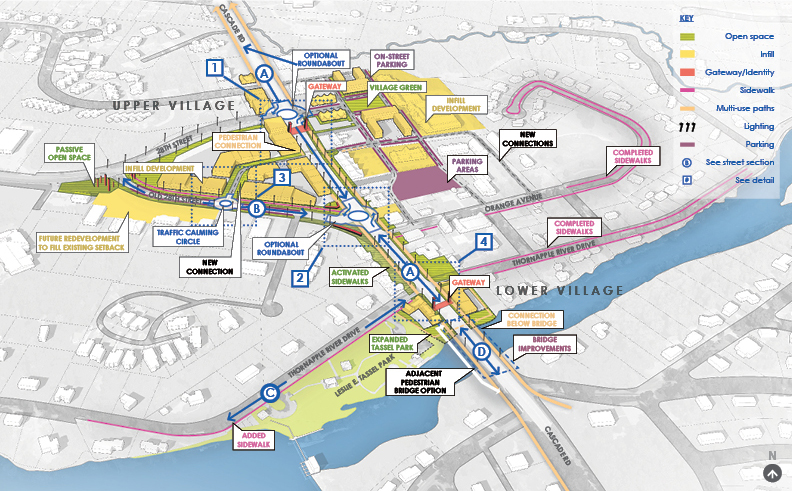 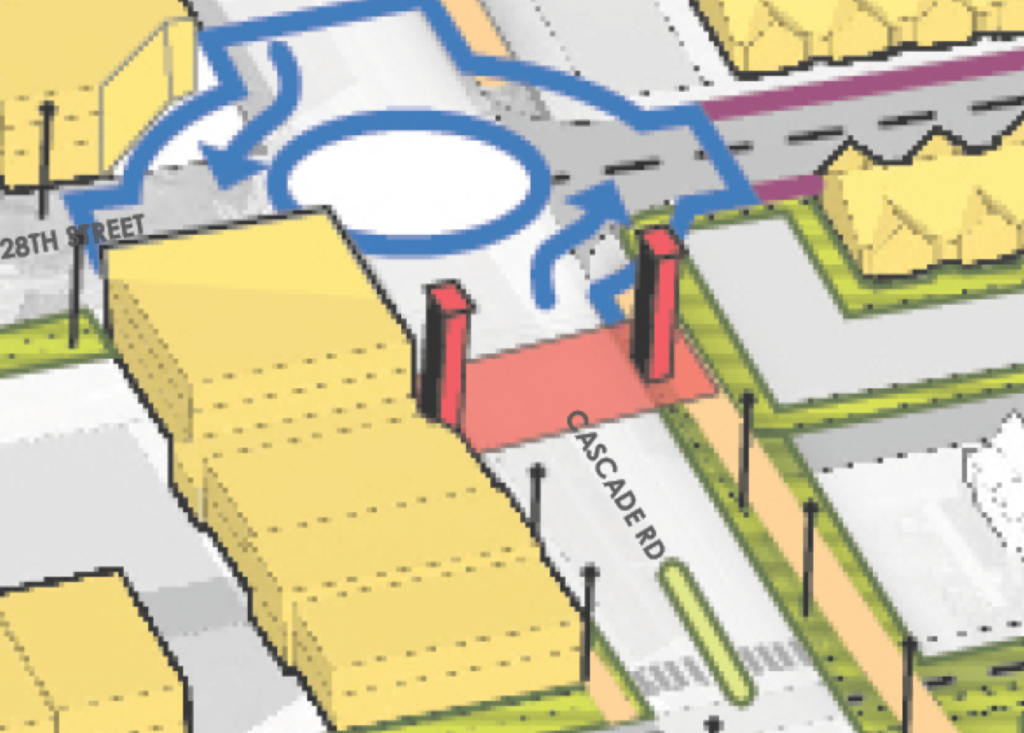 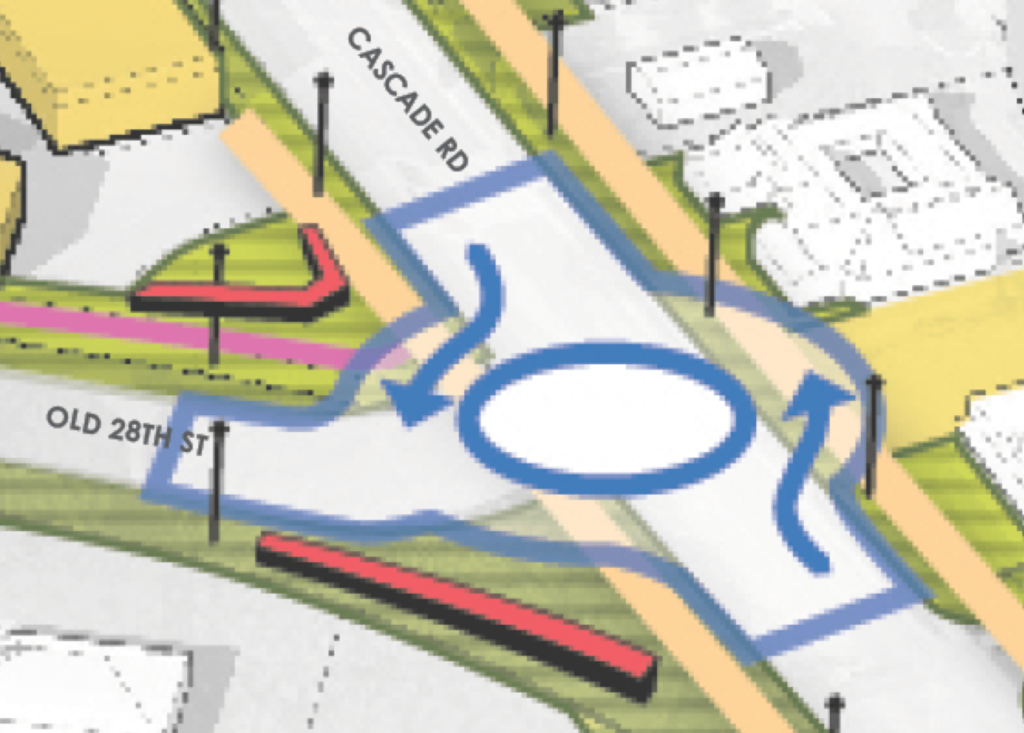 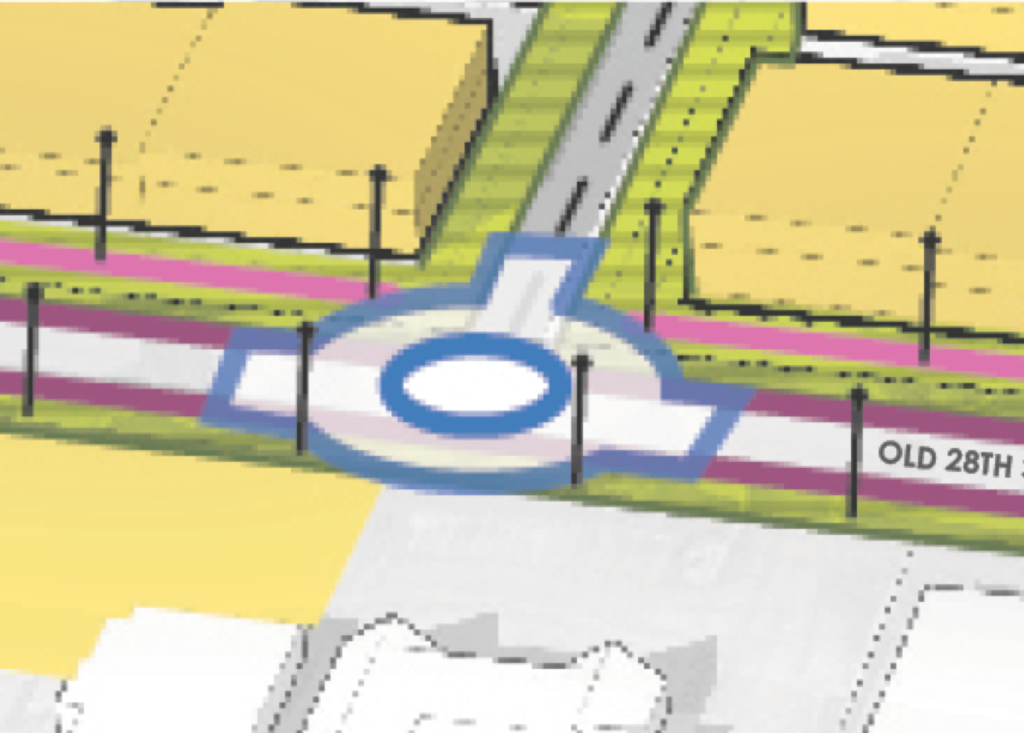 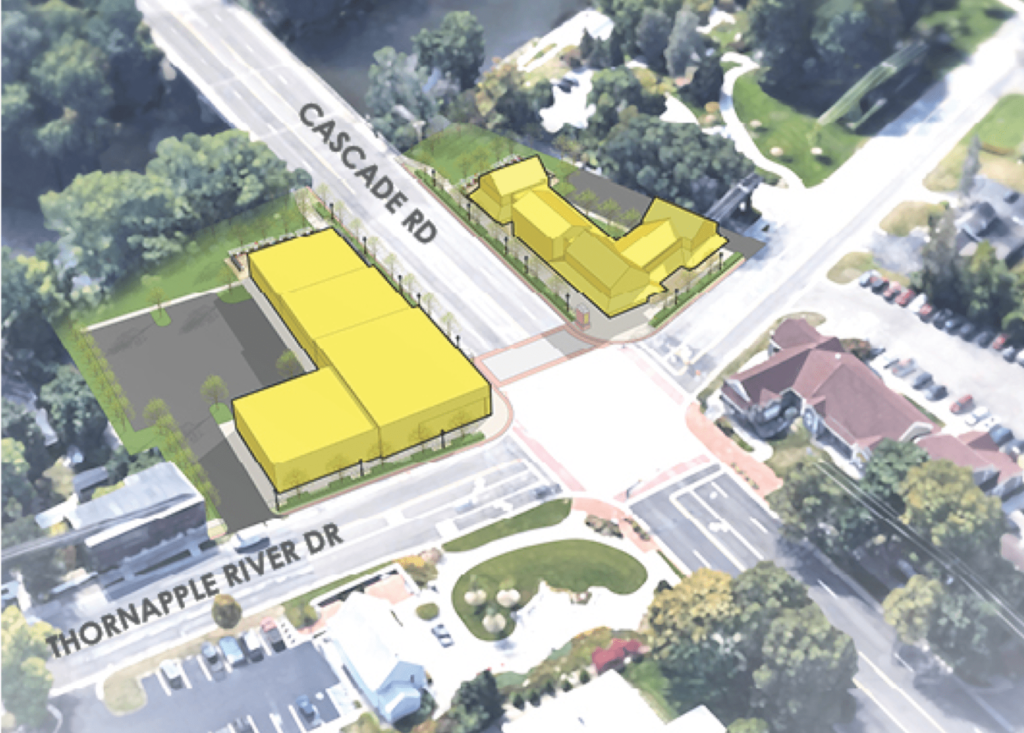 Objective: Improve walkability along and across the roadway.

Objective: Improve aesthetics, increase awareness and access to the park, take advantage of views to the river and dam. 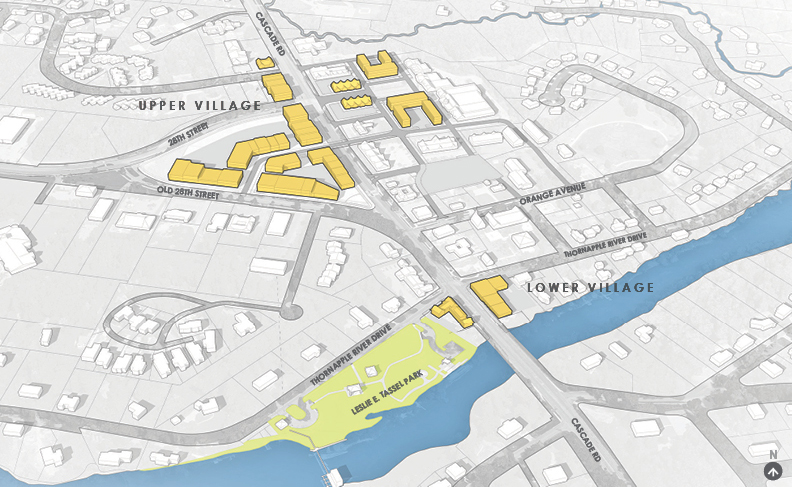